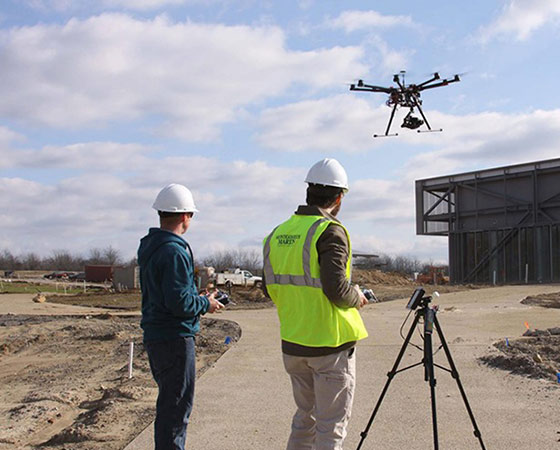 Anyone familiar with drones is no doubt aware of their military use and their burgeoning popularity among hobbyist unmanned aerial vehicle (UAV) pilots. While most are likely aware that they’re increasingly employed for commercial applications as well (cinematography, delivery, agriculture, etc.). However, less well-known is that drones are becoming an increasingly invaluable asset to scientific research. That value is proving to be an impressively prolific one, too.

In fact, drones are being taken advantage of by biologists (micro, marine, terrestrial, etc.), climatologists, geologists, ecologists, volcanologists, and meteorologists—so scientists in pretty much every branch of natural and life science are benefitting from the use of UAVs. Drones are demonstrating an ability to reach places with more agility, easier access, and (extremely important for virtually all scientific studies), far lower cost than other research media are capable. The following is a record of just a few of ways in which drones are emerging as a precious scientific aid, both above water and land.

Drone technology is being deployed over bodies of water for a variety of reasons. Thermal imagery from above is revealing fascinating, and often daunting, data regarding the effect of climate change on coastal regions. It’s proven particularly beneficial in arctic and Antarctic ecosystems. Drone propellers, being safer to engage right over the surface of oceans, rivers, ponds, and lakes, allow UAVs to perform a more active role.

In a series of studies undertaken in the Arctic and tropical waters, drones have dropped pods the size of a soda can called “micro-drifters” that collect and analyze the atmosphere for temperature, pressure, and water vapor levels. Once in the water, a micro-drifter functions as a sort of micro-buoy capable of recording and transmitting data about salinity and temperature measurements at different depths back to the drone.

Biologists have also been using drones to collect a wealth of health and other biological information from the blowhole exhalations of whales. In fact, an analysis of just 19 whale blow samples revealed six new species of virus from five different families.

It’s known that animal research is often influenced by the fact that observing the subjects can influence their behavior. Drones have been found to at least mitigate this. Scientists and citizen scientists alike have been able to observe populations of bears, flamingos, sea turtles, leopard seals, the earlier-mentioned whales, migratory seabirds, and many, many more, with drones. And apparently, they do so with significantly greater accuracy than more traditional means. This, along with the emergence of less intrusive drones, such as ones made to resemble small creatures like hummingbirds, means the observing can be done with even less stress to the studied populations.

In a practical application that could save farmers a good amount of money, drones have recently been used to identify diseased olive trees by temperature differentials, which allows the scientists to cull them before they show symptoms (which is long after they are contagious).

Additionally, a team in Costa Rica took advantage of the fact that a drone motor isn’t as at risk of having its engine clogged with ash to study the noxious, poisonous gasses being vented by volcanoes. On top of these examples, there are dozens of additional experiments being undertaken with drones, and seemingly, only more to come.

For more than 40 years, XOAR has been recognized as an industry-leading innovator for their contributions as well as the precision, quality, and efficiency of their drone technology. Their RC propellers, drone motors, and other UAV products employ cutting-edge technology and the finest material, most skillful engineering, and the highest standard of manufacturing. That expertise extends to industrial UAVs, propellers for LSA, civilian aviation, ultralight aircraft, commercial applications, RC airplanes, mid-to-large size UAVs (including octocopter parts and gear), and more. XOAR’s propellers have been long lauded for quietness during flight, their superior agility, impressively low air friction, and overall excellent performance while in flight.

Take your UAV to far greater heights for your drone hobby or drone business, at www.xoarintl.com